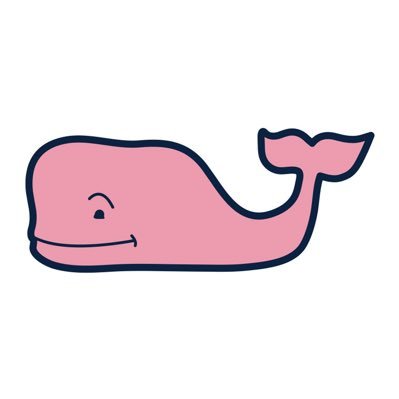 Vineyard Vines is an American clothing and accessory retailer founded in 1998 on Martha's Vineyard, Massachusetts, by brothers Shep and Ian Murray. The brand markets upper market ties, hats, belts, shirts, shorts, swimwear, bags for men, women, and children. It has grown to a collection of retail stores and outlets across the United States. The company's main logo is a pink whale. Their clothing is considered preppy.

Shep and Ian Murray grew up in Greenwich, Connecticut and spent their summers on Martha's Vineyard, where they were introduced to the coastal lifestyle of sailing, fishing, and boating. The two brothers originally held jobs in New York City, but soon grew tired of the corporate lifestyle. Ian claims the duo "traded in business suits for bathing suits" and “started making neckties so didn’t have to wear them.” Before quitting their jobs, the two brothers opened credit cards so they could buy silk and launch Vineyard Vines. The company's entire startup capital was raised from the brothers' accrued credit card debt. Shep and Ian sold their neckties on Martha's Vineyard, selling out of a backpack from their boat or Jeep rather than a storefront. Initially, they offered four different styles of ties. After they sold 800 ties on a single weekend in July, Shep and Ian quickly re-ordered more, paid off their accrued debt, and moved into a new office. The Murray brothers claim that the business was founded through a philosophy of "living the good life," which is reflected by their slogan "Every day should feel this good." Shep Murray claims his goal is to be "a cross between Warren Buffett and Jimmy Buffett" in building the "lifestyle brand" he founded. Vineyard Vines is still owned outright by the two Murray brothers.

An age and gender discrimination lawsuit was filed in mid June 2020 in federal court in Connecticut by a former senior vice president. The lawsuit also names the co-founders and co-CEO’s of the privately held company. “It appears to be an environment increasingly marked by age and gender discrimination and that was by design. As the complaint states, it was coming from the founders and the president of the company.