Visitez
This webpage contains affiliate links. We may earn commissions for purchases made through affiliate links in this webpage. For more information, please read our Affiliate Disclaimer Policy. 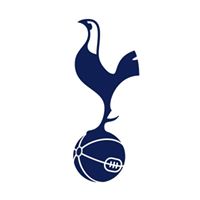 The Spurs 1986 Hummel home shirt should bring back some happy memories to the older Tottenham Hotspur generation. Even though there was no silverware during 1986/87, David Pleat's side finished in the top three of the First Division, were runners-up in the FA Cup and got to the semi-finals of the League Cup.

Relive one of Tottenham Hotspur biggest moments in its history with the Spurs 1991 Hummel Fa Cup Semi Final Shirt, the famously worn when Paul Gascoigne scored a rocket free-kick to help send the mighty Spurs into the final of the 1991 FA Cup.

The vibrant yellow Spurs 1988 Hummel away shirt is one hard to forget in the Tottenham Hotspur memory, with club legends such as Paul Allen, Chris Waddle and a then up and coming Paul Gascoigne all gracing the shirt.

The Spurs Mens 1981 Home FA Cup Final Shirt will be a great addition to relive all your favourite Tottenham Hotpsur memories. The 1980-1981 season FA Cup saw a number of twists and turns including the eventual victor's Tottenham Hotspur. After getting through a tough Semi-final tie against Wolvahampton Wanderers with the first leg ending in a draw. The second leg finished comprehensively with a 3-0 win and Tottenham Hotspur advancing to the FA Cup final.

History speaks for itself, and this classic retro shirt from the 1961 double season is the perfect way to pay tribute to the team and players that made up that great team. Worn by Spurs legends such as Blanchflower, Jones, Mackay, Smith, Dyson and White. In addition to this the item also features a large number 4 on the reverse.