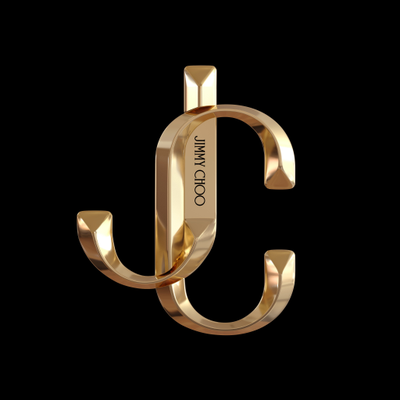 Jimmy Choo is a leading global luxury brand with an empowered sense of glamour and a playfully daring spirit.

The brand traces its roots to a bespoke shoemaker named Jimmy Choo, based in the East End of London in the early 1990s, who catered to the global jet set, including Princess Diana. The Jimmy Choo company was founded in 1996, with Mr Choo’s niece, Sandra Choi, who had been heading up design in the East End atelier, coming on board as Creative Director, a position she holds to this day. Mr Choo departed the company in 2001.

The sexy cut, fashionable design, and exceptional Italian craftsmanship struck a chord with a sophisticated clientele, and the first collection enjoyed immediate success. With a goal of creating a global luxury business, Jimmy Choo attracted outside investment and the company embarked on a significant expansion across product categories, channels and geographies.

A pioneer in the art of celebrity dressing, Jimmy Choo was among the first to bring shoes and handbags to Hollywood where the red carpet proved to be the ideal runway for the brand. Today, Jimmy Choo can be seen on style icons from celebrities to royalty, musicians to heads of state.

The brand’s reputation as a celebrity favourite helped to fuel its rapid expansion. Its iconography was further defined by the bold and dramatic advertising portraying glamorous but strong women in towering heels and luxurious handbags, captured by some of the most acclaimed fashion photographers in the world.

Retail development has been integral to the company’s strategy. The first Jimmy Choo store was opened in 1996 on Motcomb Street in London, complementing a distribution in some of the most prestigious multi-brand stores in the world. Two years later, the company expanded to the US, opening two stores in New York City and Beverly Hills. International expansion continued with Jimmy Choo securing locations in the premiere luxury shopping destinations of the world’s most prestigious cities including Sloane Street and Bond Street in London, Avenue Montaigne in Paris, Via Condotti in Rome, Madison Avenue in New York, Rodeo Drive in Beverly Hills, and Ginza in Tokyo.

Jimmy Choo encompasses a complete luxury accessories brand. Women’s shoes remain the core of the product offer, alongside handbags, small leather goods, scarves, sunglasses, eyewear, belts, fragrance and men’s shoes. Creative Director Sandra Choi has been with the brand since its inception in 1996 with a vision to create one of the world’s most treasured luxury brands. Jimmy Choo has a global store network encompassing more than 200 stores and is present in the most prestigious department and specialty stores worldwide. Jimmy Choo is part of the Capri Holdings Limited global fashion luxury group publicly listed on the New York Stock Exchange under the ticker CPRI.

Born in the UK on the Isle of Wight, and educated in Hong Kong - China, Choi relocated to London as a teenager to finish her secondary school education. During this time, Choi went to work with her uncle, Jimmy Choo, who was then a couture shoemaker based in the East End of London catering to the global jet set, including Princess Diana. Passionate about turning her apprenticeship into a career as a designer, Choi attended the prestigious Central St Martins School where she studied for a degree in Fashion Design whilst continuing work as Choo’s protégé. At his side, Choi perfecting the art of creating couture shoes: designing, cutting patterns, stitching, fitting and constructing lasts. Enchanted by the business, Choi eventually abandoned her studies so that she could devote herself full-time to design and the management of the atelier.

In 1996, the Jimmy Choo brand was born with Sandra Choi serving as the company’s Creative Director. Since its inception, Jimmy Choo has grown to be an internationally recognised label with a passionate clientele worldwide.

The company’s first Jimmy Choo store was opened in 1996 on Motcomb Street in London complementing a distribution in some of the most prestigious and selective department stores. The sexy cut and fashionable design of the shoes combined with exceptional Italian craftsmanship struck a chord with clientele, and the first collection enjoyed immediate success. Choi’s fashion insight combined with the skills she refined as a bespoke shoemaker created a collection that made couture quality available at retail.

With a strategy to expanding internationally, the company established a retail presence in the United States with its first store in New York City in 1998, followed by Los Angeles in 1999. Using the store’s LA foothold to cater to Hollywood celebrities, Choi worked with celebrities and their stylists from a hotel atelier creating Jimmy Choo shoes for award show dressing. The red carpet proved to be the ideal runway for shoes and then handbags, as actresses such as Halle Berry, Sandra Bullock, Cate Blanchett and Natalie Portman all took their paces wearing Jimmy Choo.