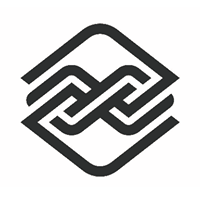 Take only pictures, leave only footprints’ is broken. An ethos that asks us to minimize our impact on the outdoors. Ignores the carbon footprint we leave on our way to the trail. Outdoor adventurists buy gear to enrich their outdoor experience. Yet American consumer habits are loaded with impacts that degrade it. From our easy come-easy go, disposable lifestyle. To the eager embrace of the latest gear and apparel trends. That exhausts natural resources

And impacts landscapes beyond the factory. The outdoor industry can again lead the way with a more conscious consumption approach. That leverages and extends the natural lifecycle of our gear. To keep gear out of landfills. And keep people in the outdoors. An online re-commerce exchange amongst outdoor enthusiasts, outdoor brands, and outdoor stores. Of pre-owned, reusable, returned, repaired, and quality outdoor gear. We call it UnNew Outdoor. Where adventurists buy and sell the gear we love for the outdoors we need.

Because gear belongs in the outdoors, not in a landfill.

Here, adventurers, retailers, and manufacturers alike can use a common platform to sell their used, returned, and repaired gear. We equip and inspire outdoor adventurists with everything they need to get outside—on a budget that sure does feel nice.

The time is now.

People - especially the outdoor-loving sort, are increasingly demanding sustainability and accountability. Demand for used gear is on the rise as people take more and more pride in finding a new life for gear rather than ponying up top dollar for something fresh off a factory line. Thus, the rise of Geartrade: a user-friendly, centralized hub for buying and selling outdoor gear and apparel. We make it easy for people to reuse gear, keep the planet a little cleaner, and save the next generation of ski bums a little cash.

Geartrade’s original iteration launched in 1999 and has since been kept alive by three different groups of outdoor enthusiasts with one common thread: they all experienced the magic of the outdoors at a young age and landed in the mountains of Utah. In the pursuit of powder, they spent a lot of time outdoors—and it became clear how much the climate is changing.

We were inspired to overhaul and update the site when, one day, we realized just how impossible it is to recycle a ski boot. We sat down, thought about where gear goes after the first purchaser uses it (the landfill), and realized that the world needed a super user-friendly gear “re-commerce” platform. So, today, GearTrade serves our outdoor community with a simple experience, easy payment system, and helpful info on how to extend the life of your gear. No more homeless ski boots!