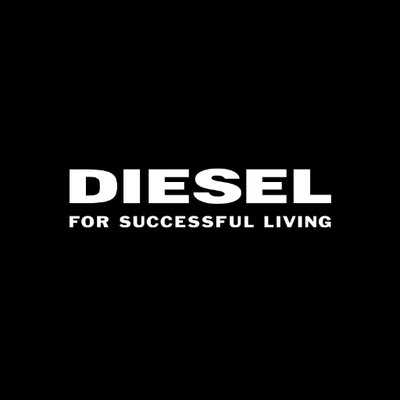 Diesel founder Renzo Rosso began stitching jeans on a sewing machine at the age of fifteen. He used his mother's sewing machine to produce low-riding, bell bottomed jeans, which he would wear himself and sell to his friends for 3500 lira a piece. He later attended an industrial textile manufacturing high school in Padua.

In 1976 Rosso began working for a clothing manufacturer called Moltex, which was owned by Adriano Goldschmied. After working with the company for two years, he used a loan from his father to buy a 40% holding in the company, which changed its name to Diesel, and marketed jeans under the Diesel brand and many others. Rosso bought out Goldschmied's interest in the Diesel brand name in 1985 for US$500,000, becoming the sole owner of the company. Rosso has said that he learned marketing from the US, creativity from Italy, and systems from Germany.

While the most popular Diesel apparel item has been denim wear, the company has expanded to include additional forms of clothing. The company has created leather jackets, women's dresses, and other items. In 1998, Diesel founded an offshoot label called Diesel StyleLab, which produced higher end fashion designs beyond more traditional denim jeans. In the 2000s, the company began to license its brand to other retail manufacturers, in order to create new product categories.

Michael Chevalier has critiqued the retail stores, stating that he believes that the stores's merchandise is presented in a confusing way in order to get customers to interact with the sales staff. During the late 1990s, Diesel produced CD-ROMs and other computer content, including the computer game "Digital Adrenalin—55DSL". In 2007 Diesel sponsored a music contest, Diesel-U-Music.From January to September 2008, Diesel spent $5.8 million on U.S. advertising, according to TNS Media Intelligence. The Grand Prix award at the Cannes Lions International Advertising Festival was won by Diesel in 1997,in 2001 for a campaign featuring the fictitious newspaper "The Daily African", and for the ad campaign "Be Stupid" in 2010