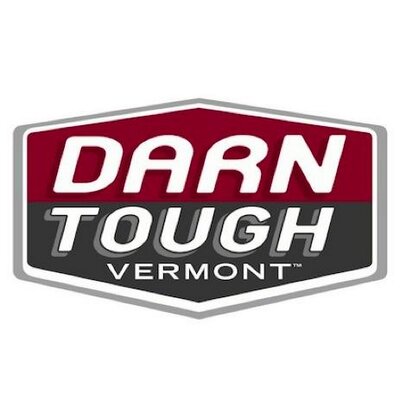 Companies should have values. Our company, Darn Tough Vermont, has values. Our values are straightforward. They are – We are direct, straightforward and truthful. We value honesty and a hard day’s work. We are penny foolish and pound wise. We are tough independent and respectful. We value families. We value differences. We wear it on our sleeves. We are authentic. We have yet to produce our best sock.
What are values? A definition I like: one’s judgement of what is important in life. At Darn Tough our values are important to us. Our values guide how we treat each other; how we treat our customers and how we deal with our suppliers. Our values influence how we interact with our community, this region of Vermont and the state as a whole. As a local, yet international business, our values not only influence our relationship with our own country, but how we deal with the rest of the world.

An easy for instance – We value families. Darn Tough is family owned. I’m the third generation of my family in the sock business. My father and I work in the mill and interact with as many of our folks as we can.

We are a little too big to know everybody, as we did when we were smaller, but we try, and we get around. We also have generations of other families working in the mill at Darn Tough. That means not only do people like working at Darn Tough, I hope, but that they want their kids and grandkids to work here as well. We look out for one another. We ask our folks to take care of their families and then come to work.

A not so easy for instance – We value differences. Initially, the differences referred to were differences of opinion. Differences of idea, of thought. If you have something to say, say it. No matter how out there, speak up. There are no bad questions, only bad answers. Differences can also refer to differences in gender, sexual orientation, disability, religion, education, politics, what-have-you.

The difference(s) of race however is not something that comes up regularly, if at all, in the state of Vermont. Vermont is the 2nd  whitest state in the United States. We are sandwiched between the number 1, Maine, and the number 3, West Virginia.  I’m not going to get into the whys of our #2 ranking, just that it exists. The differences we deal with mostly, I mentioned above.